Do you love dance and want to help spread the message of being proud to be a male ballet dancer? Are you outgoing and passionate about spreading good vibes? If so, we would love for you to be part of the Dance Jox ambassador team. 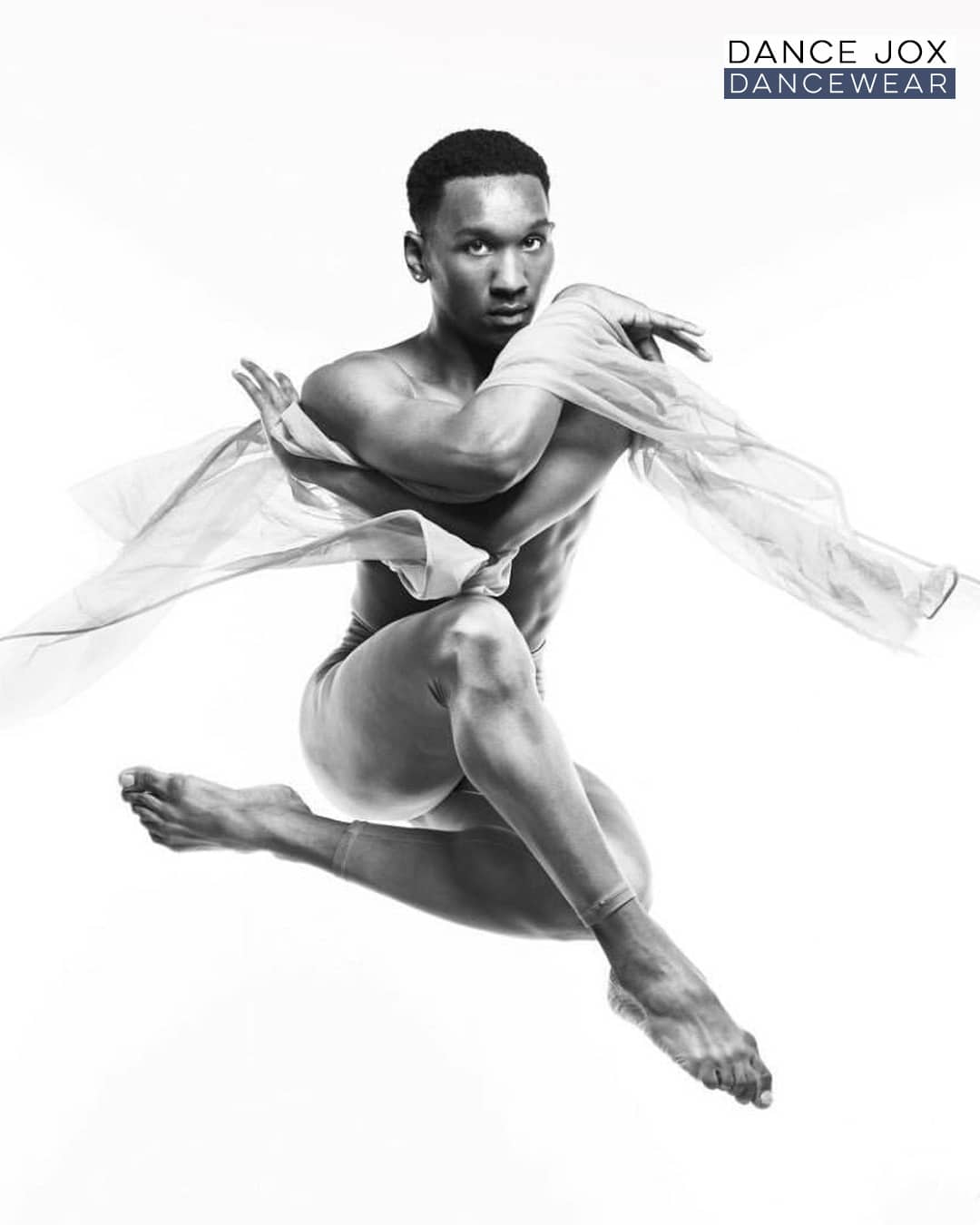 What does it mean to be a Dance Jox Ambassador? 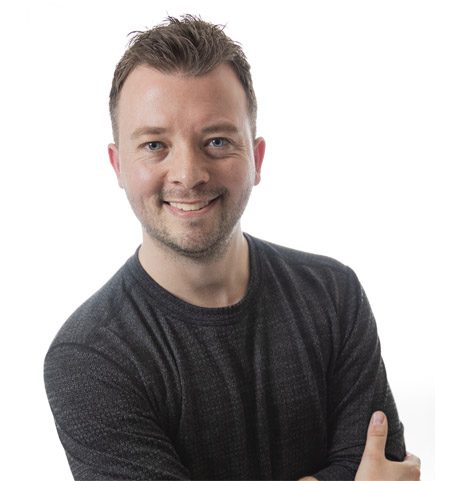 During his gratifying time with TBT Tom has enjoyed countless roles in Ben Stevenson’s ballets, some of which include “Ptolemy” in Cleopatra, “Renfield” in Dracula, “White Rabbit” in Alice in Wonderland, “Mercutio” in Romeo and Juliet, “Amour” in Don Quixote, and “Jester” in Cinderella.

After retiring from TBT in 2015 and returning to Madison in 2016, Tom has been enjoying teaching ballet and running his dancewear company Dance Jox, which serves male performing artists. 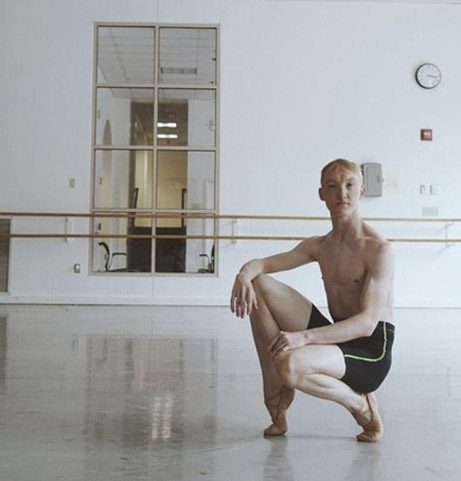 Rhys Hudson was raised in Houston, Texas and began his training at a young age with Houston Ballet where he performed in many company productions. During High School, he trained at Vitacca Dance Project under the direction of Kelly Anne Vitacca and Phillip Broomhead. In 2017, Mr. Hudson received a scholarship to train at Boston Ballet under the guidance of Peter Stark in which he trained for 3 seasons and performed in various Boston Ballet productions such as Mikko Nissenen’s The Nutcracker, Sir Frederick Ashton’s Cinderella, George Balanchine’s Coppélia, Petipa’s Giselle, and Boston Ballet School’s Next Generation performances. Over the summers, Mr. Hudson trained at some of the most prestigious ballet schools including The Royal Ballet School, European School of Ballet, San Francisco Ballet School, Pacific Northwest Ballet, and many more. He has been awarded scholarships and competitive accolades from organizations such as The Royal Ballet School, Boston Ballet School, American Dance Competition, and Youth American Grand Prix. Mr. Hudson will be dancing with Ballet Met 2 for the 2020-2021 season and is very excited to be a Dance Jox Ambassador. 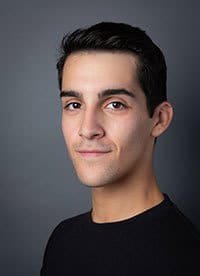 Bailey Shaw is from Raleigh, North Carolina. He began his ballet training at Wake Forest Civic Ballet at the age of 14. Upon graduating high school, Bailey trained under Patricia McBride and Jean-Pierre Bonnefoux at Charlotte Ballet Academy (2015). He also studied at Miami City Ballet School. He then spent two seasons dancing in BalletMet’s second company (2017-2019) under the direction of Edwaard Liang prior to joining OBT as an apprentice. Some standout performances he has had to opportunity to dance include the following: Edwaard Liang’s Wunderland, Alonzo King’s Chants, and George Balanchine’s Tchaikovsky Pas De Deux, and Valse Fantaisie. 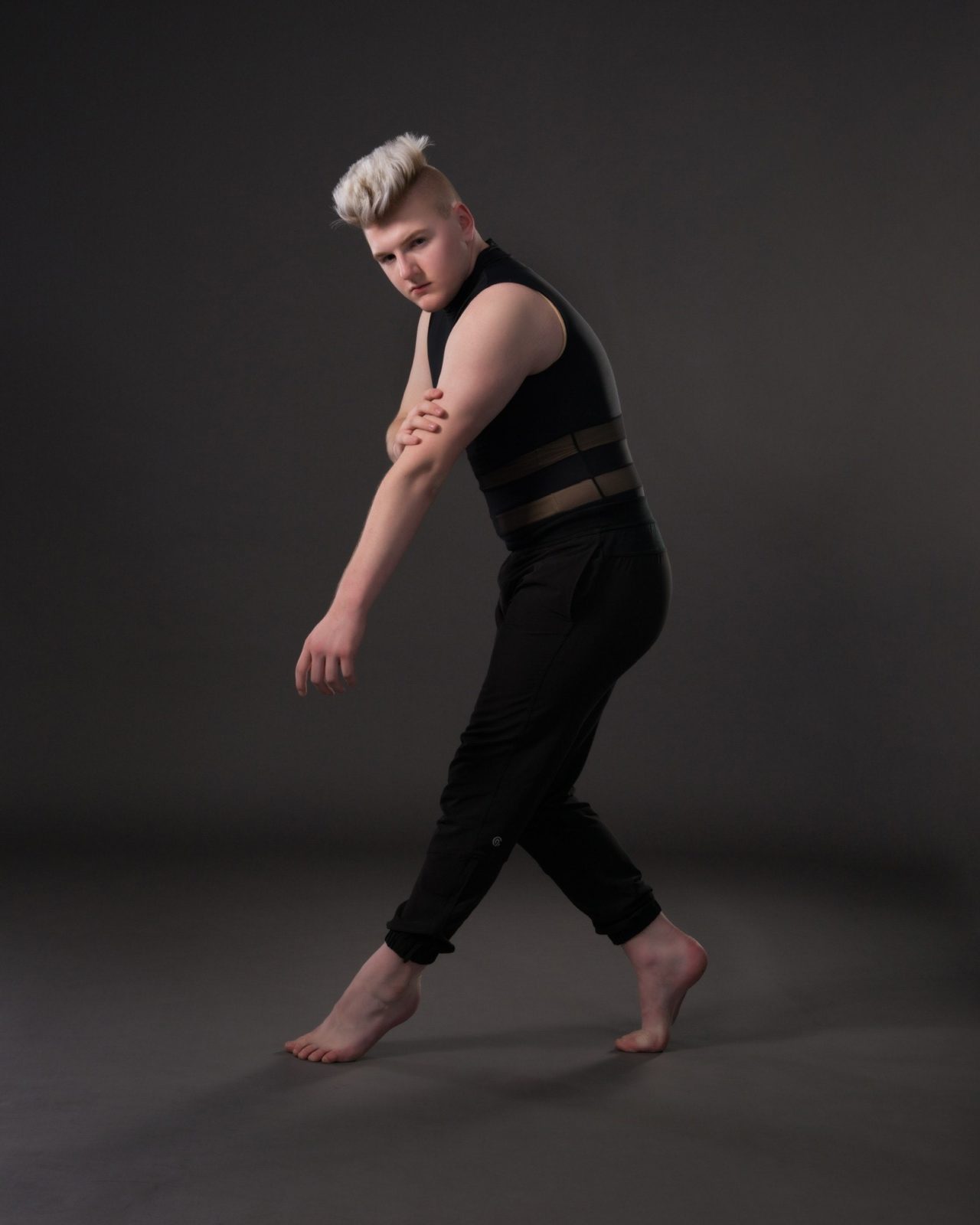 Zach Marshall is a 17 year old dancer in Salt Lake City Utah. He has been dancing for about 4 years now and favors modern, contemporary and hip hop. 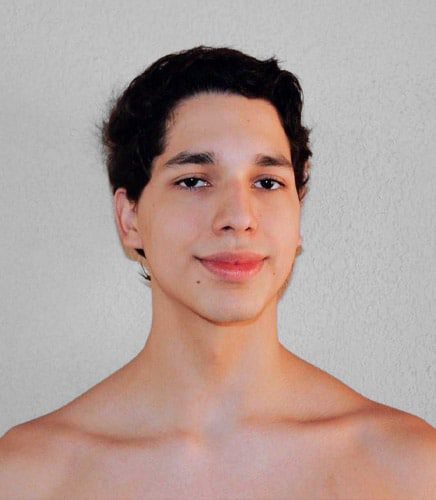 Alejandro Prieto is a 16 year old from Colombia, pursuing his dream of becoming a professional dancer at Houston Ballet Academy. He found his love for dancing at 8 years old, and has been dancing ever since. He moved to the US at age 12 to train at Cary Ballet Conservatory and is now currently training at Houston Ballet on full scholarship in their professional division as a Pro 2. Since being at the academy, Alejandro has been able to perform in the companies “The Nutcracker”, “The Sleeping Beauty”, and several other academy performances. 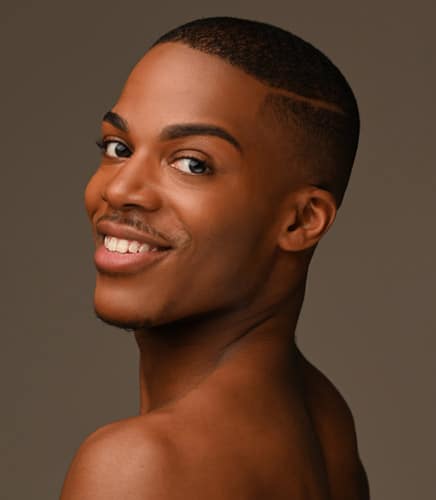 Began his early dance training at InnerVisions Theater Arts Center under the direction of Nailah Flake-Brown and Andrea Blackwell. After high school, he attended Montclair State University, where he earned his Bachelor’s in Fine Arts in Dance Performance in May 2018. Upon graduation from MSU, Isaiah went on to train at The Ailey School. Throughout his dance training he has performed works by Alvin Ailey, Fredrick Earl Mosley, Troy Powell, Camille A. Brown, Rennie Harris, Shapiro & Smith, and Ronald K. Brown. Isaiah has previously trained at the Dance Theatre of Harlem Summer Intensive, Earl Mosley Institute of the Arts and Manhattan Youth Ballet Summer Intensive. He has performed with the Alvin Ailey American Dance Theater during its 2018 and 2019 New York Seasons. Isaiah is currently in his second year as a scholarship student. 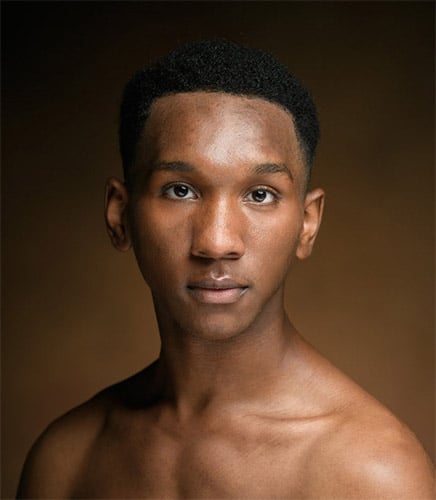 Le’Tiger Walker found a passion for dance at the young age of six and began his training at The Dancers’ Workshop, home of Baton Rouge Ballet Theatre, where he was a pre-professional company member. Throughout his training he attended summer intensives on scholarship at Baton Rouge Ballet Theatre, Debbie Allen Dance Academy, and Garth Fagan Dance Summer Movement Institute. He is a graduate of Baton Rouge Magnet High School with performing arts honors in Ballet, under the direction of Sharon Mathews and Rebecca Acosta. 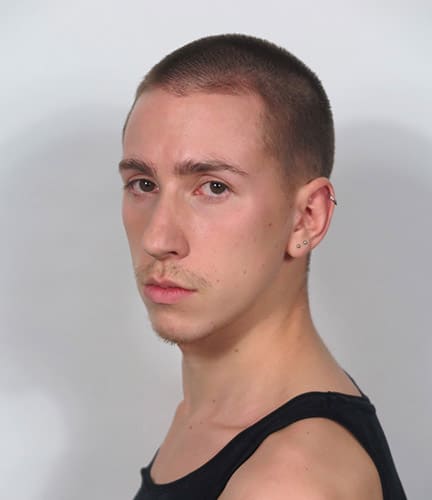 Liam Hill is a freelance dance artist and model, based in London, England. After graduating from Rambert School of Ballet and Contemporary Dance in 2019, Liam has danced and modelled for major campaigns such as ASDA/Walmart, Mura Masa and Asics, and now will continue to do so with the “support” of Dance Jox. 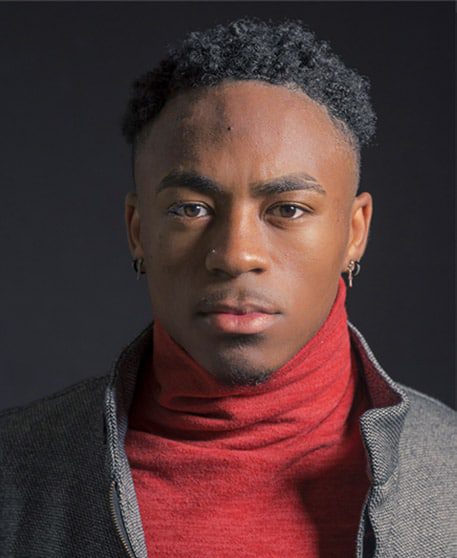 Javontre “Tre” Booker is a dancer born and raised in Charlotte, NC. Tre attended Northwest School of the Arts where he trained heavily in musical theater, contemporary dance, and jazz. After graduating from Northwest, Tre continued his studies at the University of North Carolina School of the Arts. There, he trained with artists like Susan Jaffe, and performed in works choreographed by world renowned artists like Juel D. Lane, Larry Keigwin, & Alexi Kremnev. After leaving UNCSA, Tre moved to NYC where he began training at the Ailey School as a full-time scholarship student. In his time at Ailey, Tre was able to perform with the Ailey Company as a student in their New York City Center season of 2018. A few more of his performance credits include AIDA at John W. Engeman Theatre, and performing as the first black Tarzan on the Disney Wonder. Tre’s biggest passion is advocating for people of color in the arts. 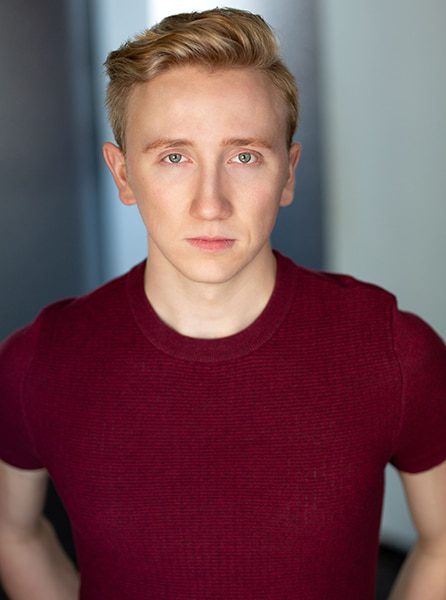 Robbie Hébert is a Vancouver-based actor, choreographer, and musical theatre performer. He grew up in Calgary, Alberta where he began learning music as a toddler and then started studying voice at the age of six. Despite his musical training, Robbie didn’t start to foster a real passion for performing until he reached Junior High and was able to participate in his first musical. After that, he performed in all his school’s shows until he graduated. He began to train in latin dance when he was fourteen and, within a few years, had been asked to help teach a class on Ballroom and Latin Styles. He has since worked as a choreographer and as a ballroom instructor for several productions in Vancouver. Robbie is a former member of the Young Canadians of the Calgary Stampede and was lucky enough to perform with them in the TransAlta Grandstand Show in 2015. Upon graduating high school, Robbie moved to Vancouver to train in Musical Theatre at Capilano University. Since finishing university, he has performed in a wide variety of projects and has continued to work as a choreographer for plays and musical theatre in Vancouver. In the spring of 2021, he will be moving to England to begin his Master of Arts in Musical Theatre Performance. 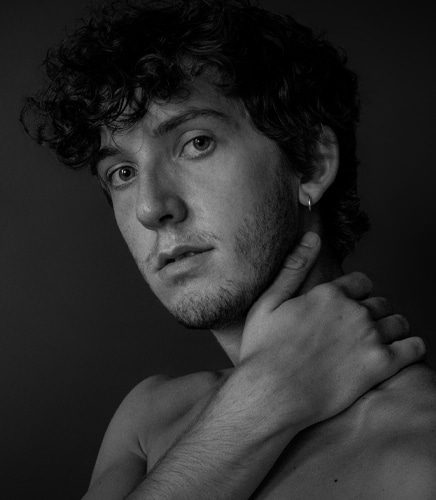 Boyd has danced for Lone Star Ballet (LSB) under the direction of Vicki McLean, Artistic Director, since 2006. During his tenure at LSB he has performed in over seventy-five of their main stage and specialty event productions. Additionally, Boyd has been a member of Lone Star Ballet’s professional company, Circle of Excellence, for the past three years. His position within the professional company has allowed him to work side by side A.D. Vicki McLean as the company’s Ballet Master, and Rehearsal Assistant.

While dancing with LSB, Boyd has been attending West Texas A&M University working toward a B.F.A. in Dance. While at WTAMU, he has been under the instruction of Department Head Crystal D. Bertrand, professors Edward R. Truitt and Leslie Williams, adjunct faculty Mark Lanham, Staci Hall, and Sandra Miller. 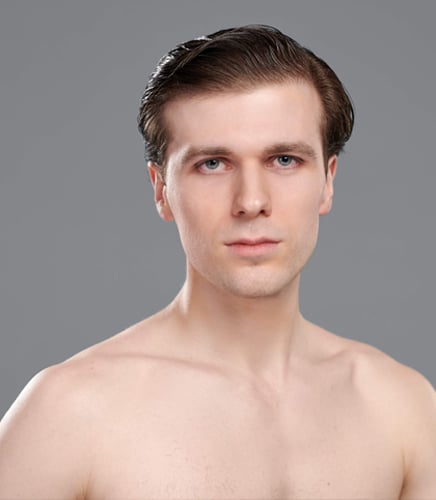 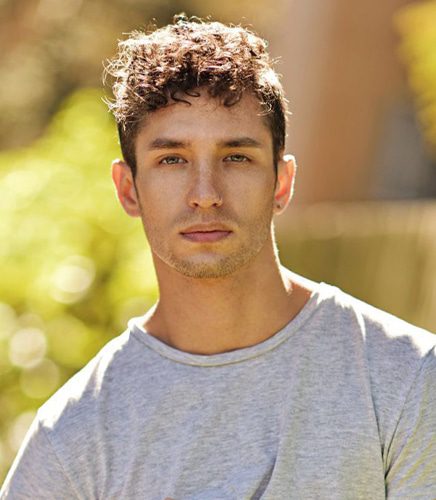 Born in Abilene, Texas, I was raised in Australia, having trained at several professional dance institutions. I began my dance training at Ev & Bow Dance Studios in 2008, graduating with a Certificate IV in Performing Arts. Furthering my training, I attended Tanya Pearson’s Classical Coaching and Alegria Ballet Studios, before studying at the Western Australian Academy of Performing Arts, and Jason Winter’s elite Contemporary Classical technique. In 2014, I completed my studies at Sydney Dance Company’s Pre Professional Year, graduating with a Certificate IV in Dance. In 2009, I performed in the grand finale of So You Think You Can Dance Australia, choreographed by Kelly Abbey, along with choreography by Shannon Holtzapffel for Wes Carr’s performance. I have also performed with Expression’s Dance Company in Natalie Weirs’ R&J. In 2014, I was featured in such works as Sydney Dance Company’s director Rafael Bonachela’s ‘Project Rameau’, and Tanja Liedtke’s ‘To My Suite’. I spent sometime ‘ in Los Angeles , dancing with Millenium Dance Complex and Edge Performing Arts and am currently living in Queensland, Australia as a freelance dancer. 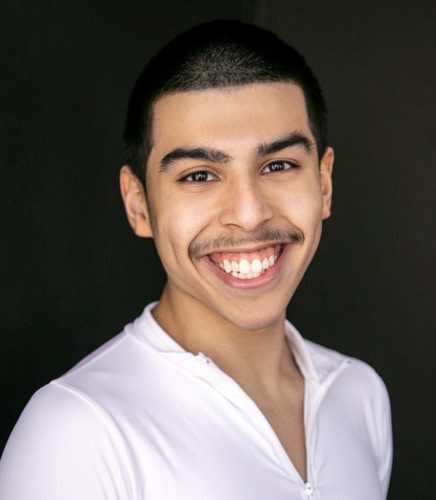 Harlem School of the Arts

Jordan Guerrero is a 17 year old from The Bronx in New York City. His love of dance skyrocketed at the age of 10, but he did not begin his formal training until the age of 14 at the Martha Graham School Of Contemporary Dance. He currently trains at the Harlem School Of The Arts under the direction of Leyland Simmons, Jordan has attended various summer intensives on full scholarship such as Ballet Hispánico, Dancewave, Manhattan Youth Ballet, and Earl Mosley’s Institute Of The Arts. Jordan has also had the opportunity to perform at City Center for the re-staging of Martha Graham’s Panorama and at numerous other events such as the dance against cancer benefit, contemporary dance at Bryant park, summerstage, the African American day parade, NBC’s Harlem Renaissance segment, and many more. He is super excited to join the Dance Jox team and to inspire young boys to pursue their dreams! 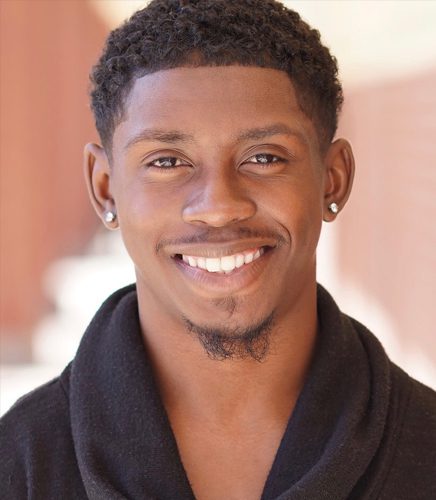 Akeem Edwards is a 27 year old professional multi-media artist from Jacksonville,
FL. He is currently a company member of Garth Fagan Dance and has worked in the
commercial dance realm (Netflix, Coca-Cola, Anthony Burrell, Anthony Brown,
Vivian Green, HeroTheBand, and many more) as well. Aside from being a classically
trained and commercial artist, he is also a model, choreographer and photographer
specializing in capturing moments and telling stories from his point of view.
Through all of his efforts, Akeem is grooming himself to be the Creative Director of
his own Production company.

The Dance Jox Ambassador Program is currently filled. Check back at a later time.